The manager of Culloden Battlefield described official approval of plans to build a holiday park close to the historic site as “depressing”. 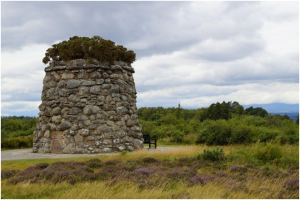 The holiday park sits around a mile north of the section of battlefield owned by National Trust for Scotland, with the conservation charity amongst those who objected to the plans. PIC: Pixabay.

Proposals for the holiday village near Culloden Moor, which features 13 to 16 wooden chalets and a 100-seat restaurant, have been recommended for approval by planners at Highland Council, despite strong opposition.

The plans were strongly condemned by historians and campaigners given the site, the old Treetops equestrian centre at Feabuie, is where British troops “saddled up” before their 1746 clash with the Jacobites.

The new holiday park sits around a mile north of the section of battlefield owned by National Trust for Scotland (NTS), with the conservation charity among those objecting to the plans.

Raoul Curtis-Machin, NTS operations manager at Culloden Battlefield, said: “We objected very strongly and the fact that it is going to get approved is very depressing. We can do no more at this stage.

“I don’t feel like our views are being heard. I am speechless.”

Mr Curtis-Machin said it was possible that the only way forward to protect Culloden was to buy up battlefield land.

Original plans for the holiday park were turned down in May 2019 on environmental grounds but a fresh application has been accepted by planners following amendments.

Andrew Grant McKenzie, a member of the Historians’ Council on Culloden and founder of Highland Historian consultancy and tours, is a former general manager at Culloden Battlefield.

He said the decision to recommend the application was a “disaster for academic and conservation at Culloden”.

Mr McKenzie added: “We are now closer than we have ever previously been to being able to accurately map the movements throughout the battle, but every year since 2018 we have had key areas literally taken from us by the Highland Council’s decisions to approve planning applications.

“This means that we are quickly losing the possibility of ever understanding this battle site holistically and accurately. If this particular application goes ahead, the damage done by the decision will inevitably reach far beyond the boundaries of this specific application. And yet, the same decision-makers now have none of the excuses given in 2018 and 2019.

“The information of critical contemporary academic research is fully available to them.”