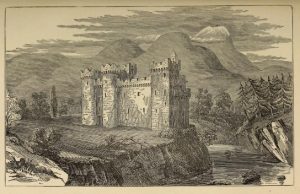 Engraving of Tor Castle, as found in Invernessiana: Contributions toward A History of the Town and Parish of Inverness, from 1160 to 1599 by Charles Fraser-Mackintosh, published in 1875

Tor Castle is a ruined castle, on the River Lochy, near Torlundy, in the vicinity of Fort William, Invernesshire, Scotland. The castle sits on a segment of land marooned between the River Lochy’s sweeping bend and the Caledonian Canal and owes its name to Torr a’ Chaisteil (Mound of the Castle), rebuilt c.1530 by Ewen MacAllan, 13th Cameron chief, now a rickle of stones on a strategic bluff above the river. Remnants of a small tower survive within a larger enclosure, a ditch still visible across the landward approach. Vestiges of a chamber can still be seen in one corner, and a spiral stair in the south-east wall.

An Iron Age fort previously occupied the site. According to tradition, the fort once belonged to Banquo who features in MacBeth. There has been a castle at the site since at least the eleventh century.

As a result, the lands at Arkaig were occupied by the Clan Cameron who claimed that they had been abandoned and who built a massive tower house and courtyard. This was the beginning of a long and bitter feud that was fought between the Clan Chattan and Clan Cameron. Their dispute over the lands of Glenloy and Loch Arkaig lasted from the 14th century for 350 years until 1666. Having held it and lost it, Clan Cameron (whose former stronghold had been on Eilean nan Craobh in Loch Eil) eventually gained legal possession in 1528, through a charter of land granted by James V.

The provision laid down in 1531 was that Lochiel build and preserve ‘… in good order and repair upon the ground of the said lands a sufficient Mansion-house with a Hall, Kitchen, Officehouses, Dove Cott, Orchyard, Gardain, Hedges, and other necessary Policys agreeable to the nature of the Ground’.

Sir Ewen Cameron of Lochiel, XVII Chief, wanted a more “convenient house” and built Achnacarry Castle circa 1655, which was burned to the ground by Hanoverian forces 28th May 1746 following the Battle of Culloden. In 1802, Donald Cameron, XXII Chief, built a new mansion house at Achnacarry in the ‘Scottish Baronial’ style, after repaying a huge fine to the British Government to regain the estates of his ancestors. The house was finally completed in 1837 by his son Donald Cameron, XXIII Chief and remains near the line of trees that Lochiel (the Gentle) XIX Chief planted on the day that he heard of the landing of Bonnie Prince Charlie. The museum in the cottage nearby was founded by Sir Donald Cameron of Lochiel in 1989. 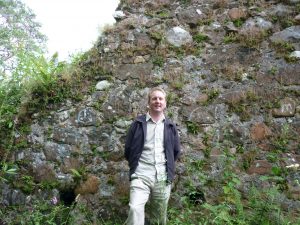 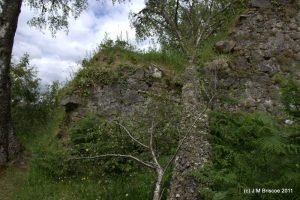 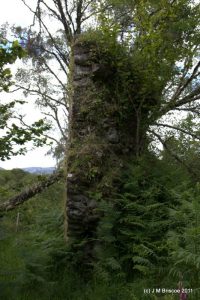 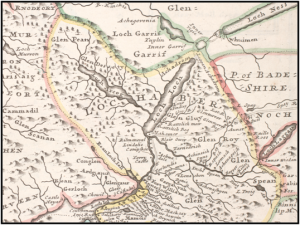 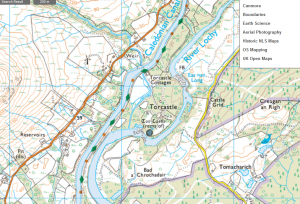