Meet Pickle the Spy – otherwise known as Colonel Alistair MacDonnell. Here’s a man whose life could have jumped from the pages of an adventure yarn. 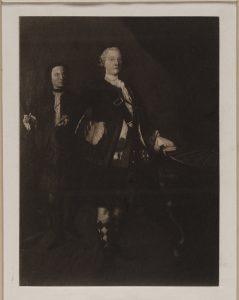 Portrait of Colonel Alistair MacDonnell of Glengarry (1725- 1761) standing in kilt, with hand resting on table. A shorter man with dark hair to his left, unnamed, holding a gun/sword.

As a boy, McDonnell, a Catholic, was sent to France to finish his education. While there, the Jacobite leader John Drummond, Duke of Perth, raised the Royal-Ecossais regiment, made up of exiled Scots. MacDonnell was commissioned a captain.

In spring 1745 MacDonnell was sent back to Scotland to meet Jacobite chiefs. He was eventually captured, though, and sent to the Tower of London. Not long afterwards his brother was killed after the Battle of Falkirk.

He was recruited as a double agent by Henry Pelham, then British Prime Minister. Released under the 1747 Act of Indemnity, he was soon working as the infamous spy codenamed Pickle. Information from MacDonnell helped secure the arrest and execution of the Jacobite leader Archibald Cameron, who had escaped into exile after Culloden. 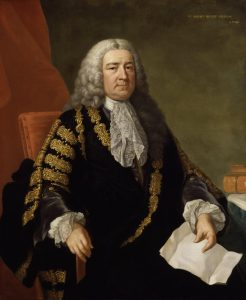 MacDonnell is thought to have pocketed the infamous treasure of Loch Arkaig, otherwise known as the Jacobite’s Lost Gold. During the 1745 rebellion, over a million French and Spanish gold coins were shipped to Scotland to assist the Jacobites. In the confusion of war, it “vanished” and Archibald Cameron was dispatched to Scotland in 1753 to find the money.

Archibald Cameron’s other mission was to participate in a desperate plot to assassinate George II and other members of the British royal family. While on the hunt for the missing gold, double agent MacDonnell betrayed him, and Cameron was hanged, drawn and quartered. Legend has it that MacDonnell claimed the missing loot and drifted into retirement. 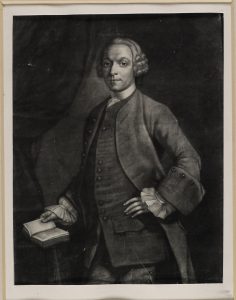 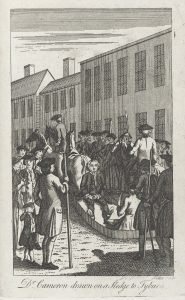 Dr Cameron being drawn on a sledge to Tyburn Wellcome.

Ref: The Herald Scotland and Wikipedia