Mary Mackellar (1834-1890), born Cameron, was a famous Scottish poet from the Highlands and an ardent Gaelic culture activist. 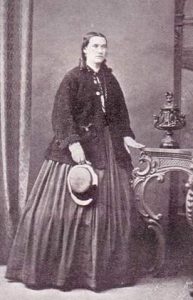 Mary was the daughter of Allan Cameron, a baker from Fort William. She lived her first years with her grandparents in Corryberg on the north bank of the Loch Eil (whose island was the first president of the Cameron clan, the Lochiels). Her father died premature and Mary took over her business. As a young girl, she married John Mackellar, captain and co-owner of a coastal, the “Glencoe”, with whom she worked for several years, visiting many European countries.

Mary moved to Edinburgh in 1876, shortly after getting a divorce with her husband. In Edinburgh, she became friends with Professor John Stuart, and actively supported him during her victorious campaign to set up a Chair of Celtic Studies at the University of Edinburgh. Mary dedicated her book of poems and Gaelic songs to her “caraide dìleas agus fear-tagraidh mo dhùtcha, mo shluaigh agus mo chànain, Professor Blackie” (faithful friend and defender of my country, my people and my language, Professor Blackie).

For the last ten years of her life Mary she tried to make a livelihood by her pen, and she was granted £60 from the Royal Bounty Fund in 1885. Her poems and songs in Gaelic and English were published in Edinburgh in 1880. She also wrote the following books:
– “The Tourist’s Handbook of Gaelic and English Phrases for the Highlands”.
– “A Guide to Lochaber”.
– “The Oban Times”.
Mary translated into Gaelic some of Queen Victoria’s “Leaves from our Journal in the Highlands” (1837-1901). 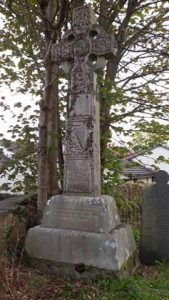 When Mary died in 1890. “The Highland Monthly”, in her obituary, wrote that the Lochaber and Cameron clan “formed the centre and soul of her work”. Mary was buried at Kilmallie, Argyllshire. A monument was erected to her memory at Kilmallie by public subscription.

By her father’s ancestors, Mary MacKellar was a descendant of the Cameron of Kinlocheil and Druimsallie (Sliochd Iain Dhuibh).