The following was posted by Jacobite History recently on their FaceBook page.

Make your own assessment.

Calling out one more commonly misreported issue – the Dress Act, part of the Act of Proscription in 1746 – and what it actually banned.

The full Act is a very long document. Here is the section relating to dress and tartan. You will note that tartan is mentioned, but only if it is used to make coats, trews, etc.hence the frequent confusion. Women’s dress is not mentioned.

The penalty for wearing Highland dress, on second conviction, was transportation on a seven year indenture.

As the portrait of Pryce Campbell of Cawdor, like so many done after the passing of the Dress Act, also proves that your political connections to the British Government allowed all manner of violations without recourse. The fragment shown is a mid-18th century tartan (from Peter Eslea MacDonald of the Scottish Tartans Authority):

‘And be it further enacted by the authority aforesaid, That from and after the first day of August, one thousand seven hundred and forty seven, no man or boy, within that part of Great Briton called Scotland, other than shall be employed as officers and soldiers in his Majesty’s forces, shall on any pretence whatsoever, wear or put on the clothes commonly called Highland Clothes (that is to say) the plaid, philibeg, or little kilt, trowse, shoulder belts, or any part whatsoever of what peculiarly belongs to the highland garb; and that no TARTAN, or partly-coloured plaid or stuff shall be used for great coats, or for upper coats; and if any such person shall presume, after the said first day of August, to wear or put on the aforesaid garments or any part of them, every such person so offending, being convicted thereof by the oath of one or more credible witness or witnesses before any court of justiciary, or any one or more justices of the peace for the shire or stewartry, or judge ordinary of the place where such offence shall be committed, shall suffer imprisonment, without bail, during the space of six months, and no longer; and being convicted for a second offence before a court of justiciary or at the circuits, shall be liable to be transported to any of his Majesty’s plantations beyond the seas, there to remain for a space of seven years.’ 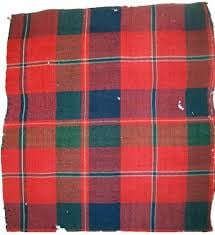 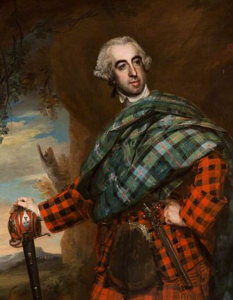