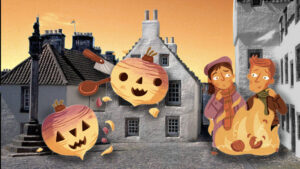 First attested in the 16th century, the name Halloween comes from a Scottish shortening of All-Hallows Eve and has its roots in the Gaelic festival of Samhain. Here’s a list of 6 Scottish Halloween traditions you might have not been aware of. 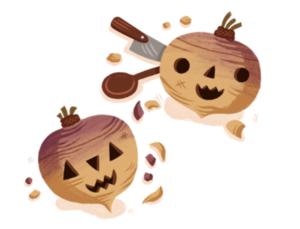 In the past, communities would light huge bonfires to keep evil spirits at bay. In true Scottish tradition, scary faces were carved into neeps (turnips) to create lanterns that would scare off ghouls wandering in the witching house. Thanks to America’s influence, pumpkins are now as common as turnips for lanterns in Scotland – and are considerably easier to carve. 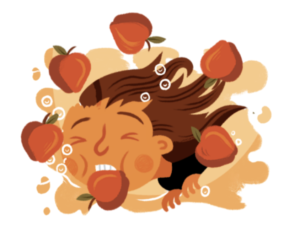 An ancient Celtic tradition, this game remains a firm favourite at Halloween parties. Without using their hands, players have to grab an apple floating in a basin of water. Sounds easy, right? Dunking tactics include spearing apples with a fork held between the teeth or, for those with strong gnashers, a big decisive bite. 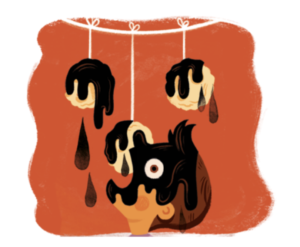 Another activity that sees players banned from using their hands, this messy game challenges participants to take bites out of sticky treacle-covered scones dangling from string. Messy but tasty!

Do you want to find out if you and your significant other will live happily ever after? A Halloween tradition once common among recently engaged couples involved each person putting a nut in a fire. If the nuts burned quietly, the union would be a happy one. However, if they hissed and crackled, a turbulent future lay ahead. 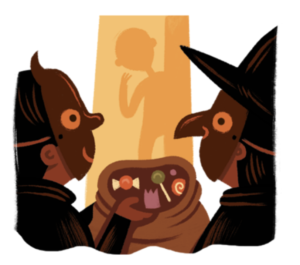 Scottish children traditionally donned costumes and pretended to be malicious spirits as they went ‘guising’ around the local streets. It was believed that, by disguising themselves, they would blend in with any wandering spirits and remain safe from harm. After performing tricks or songs, guisers were given gifts to help ward off evil – a far cry from some of today’s trick-or-treaters, who get ‘treats’ for simply showing up in costume.

This hearty green vegetable is now a fashionable menu item but, once upon a time, kale stalks were used to predict your romantic future. In Robert Burn’s poem ‘Halloween’, people pull stalks from the ground after dark with their eyes closed. The length and shape of the stalk was said to represent your future lover’s height and figure, and the amount of soil around the roots represented wealth.

With acknowledgement to the National Trust for Scotland